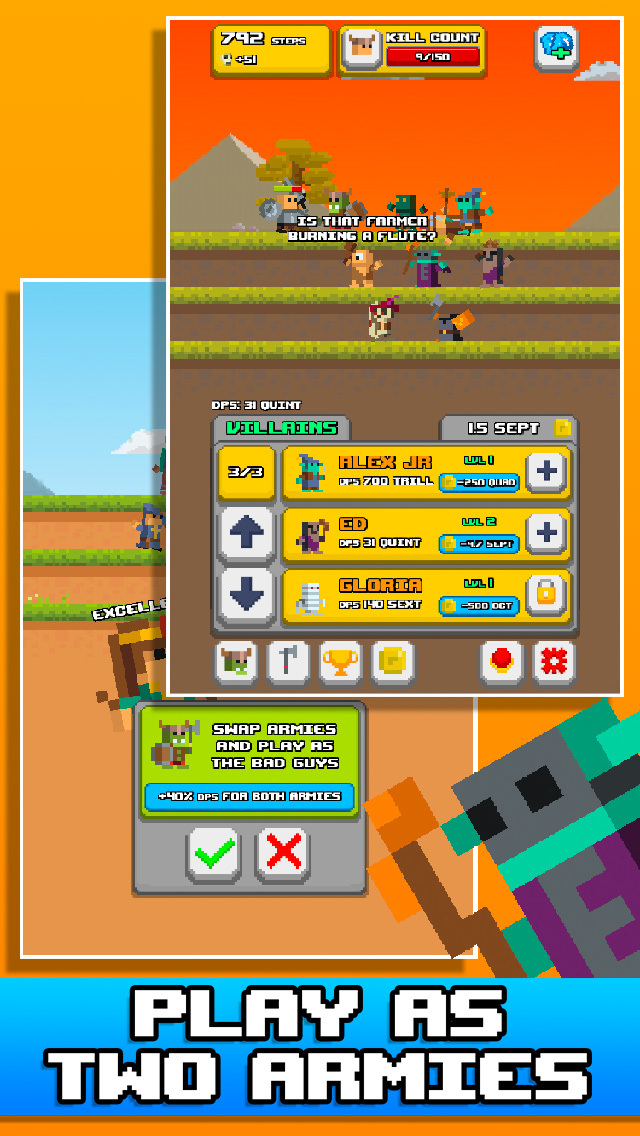 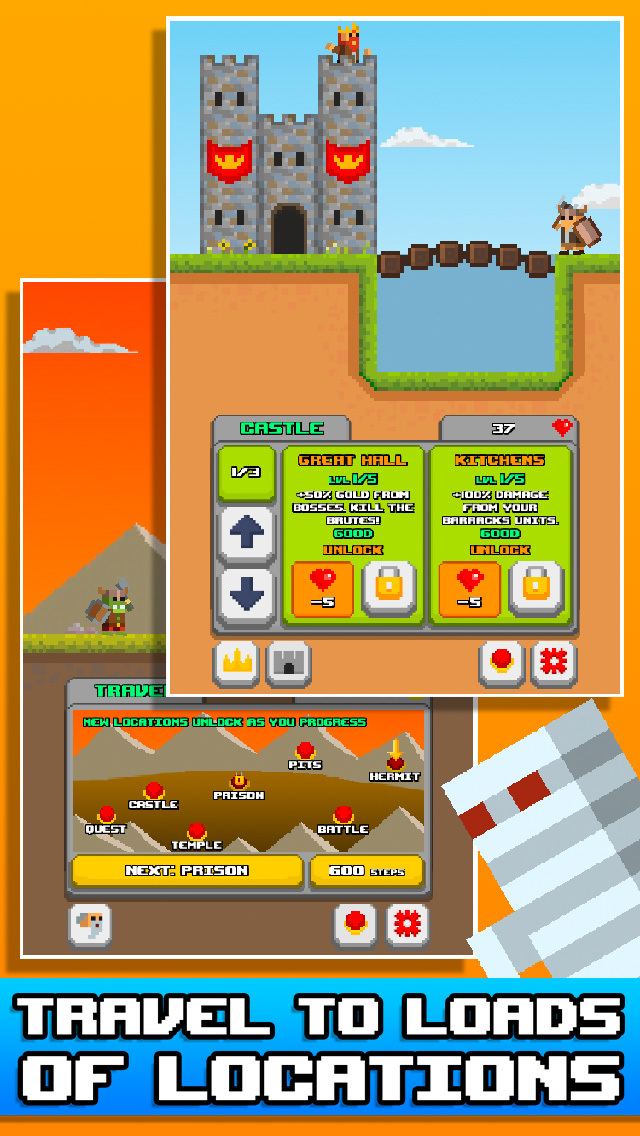 Description
Prepare for a clicker, so different, so fresh, that even non-clicker fans have played it and said ‘Yeah, that’s kinda good’.

It’s a story of two armies, a clash of good and evil, where you play as… the good guys. No, the bad guys. Wait, you play as…

Play as two armies! Unlock, level up and swap between them. Both armies have unique heroes, technologies and spells. Unlock powerful curses playing as the bad guys. Call down the elements as the good guys. Turn gigantic as the bad guys. Fire catapults as – well you get the picture.

Fight your way through hordes of your enemies, battling bosses and fighting for every step of ground. As you progress you’ll unlock new locations – giving you access to even greater weaponry and powers.

Once your armies are big and bad enough, have them battle each other to prestige and earn a whole array of new rewards. Travel through the game multiple times to unlock new locations, new heroes and more.

We’ve tried to make this a clicker/idle game like no other. Watch as your heroes interact with each other: bad-mouthing, bantering and generally chatting away as you play. Unlock cheats to turn the world upside, change everyone into sheep or… well play the game to find out more.

This game has everything you’d expect from a clicker and more. So check it out.

+Control two armies – each with distinct heroes (and villains), technologies, spells and upgrades.
+Everything you’d expect from an awesome clicker: huge numbers, levelling up, loads to upgrade, achievements, prestiging etc.
+Funny (and not so funny) conversations as you play.
+Retro pixel graphics. Funky music.

Prince and the Seven