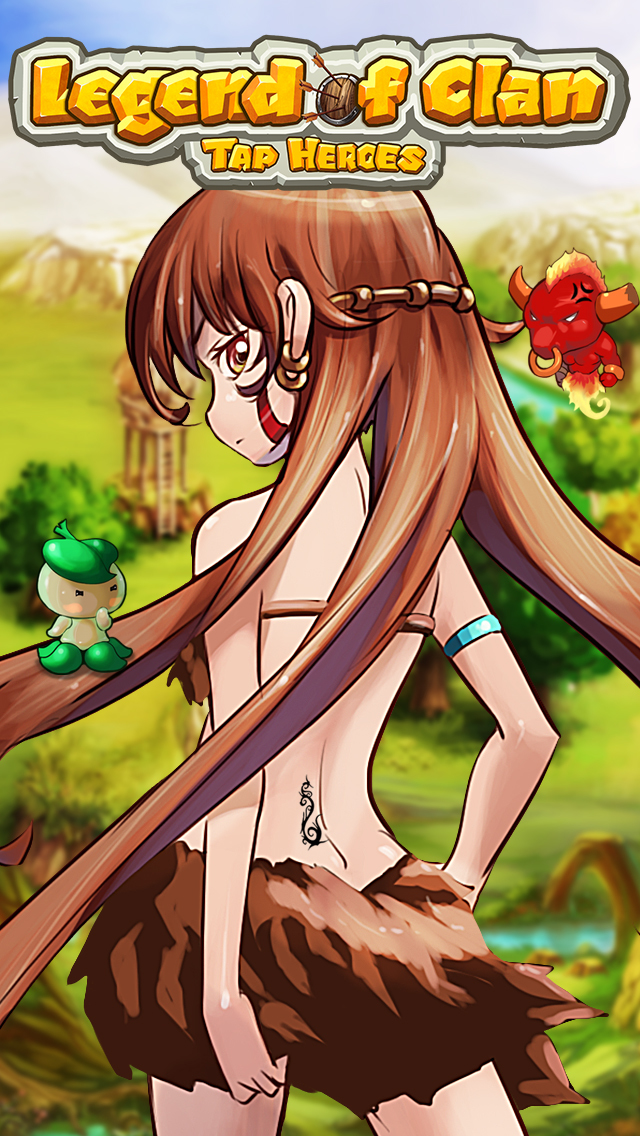 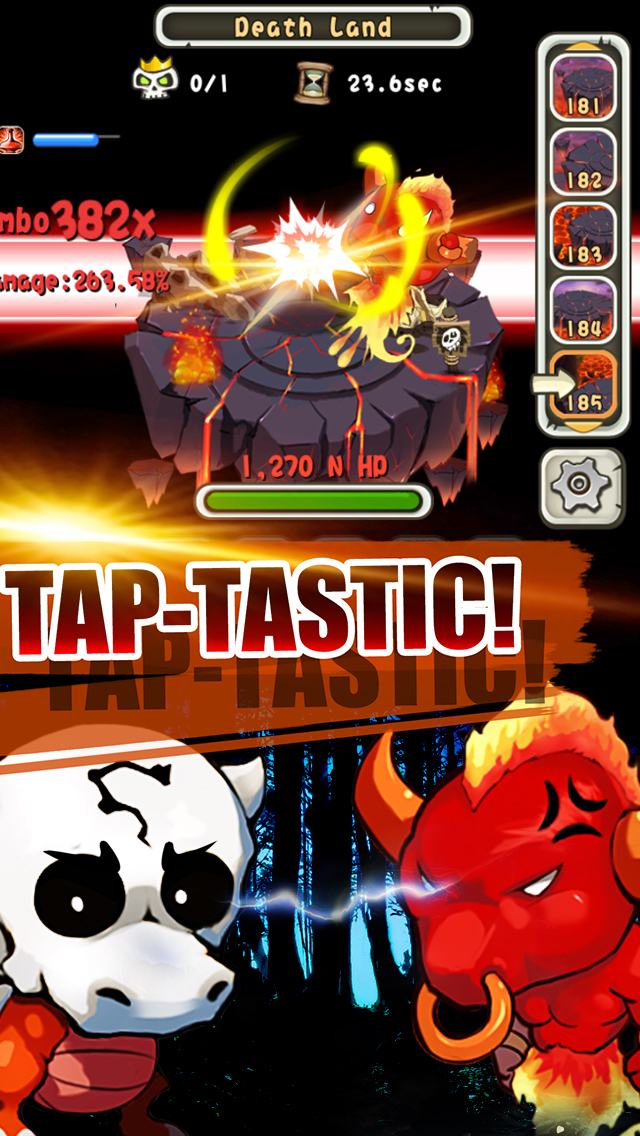 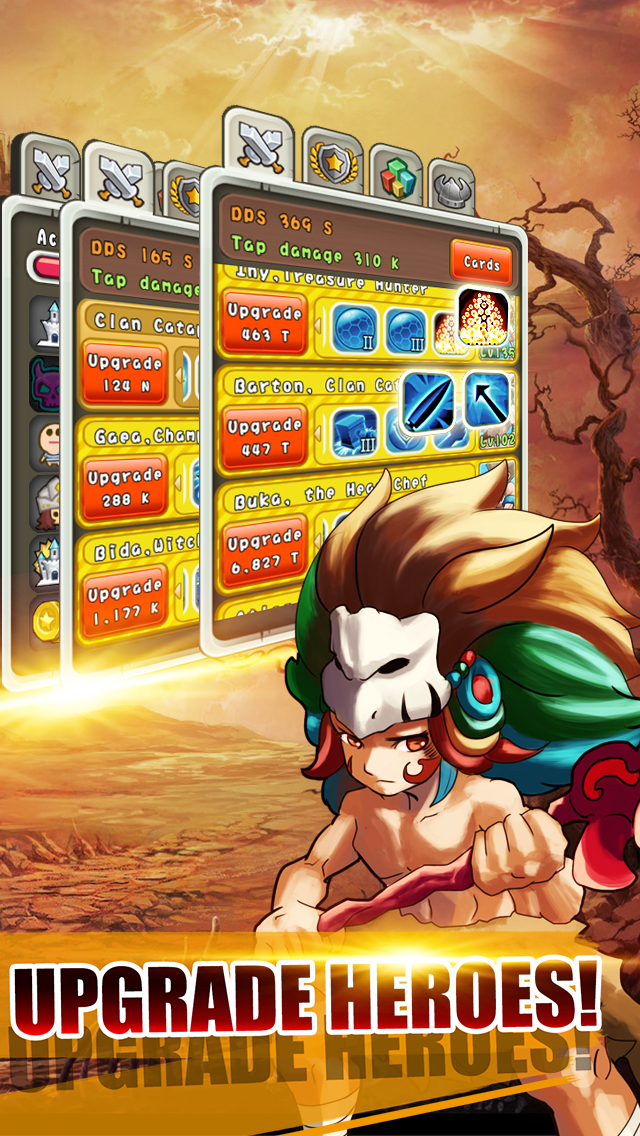 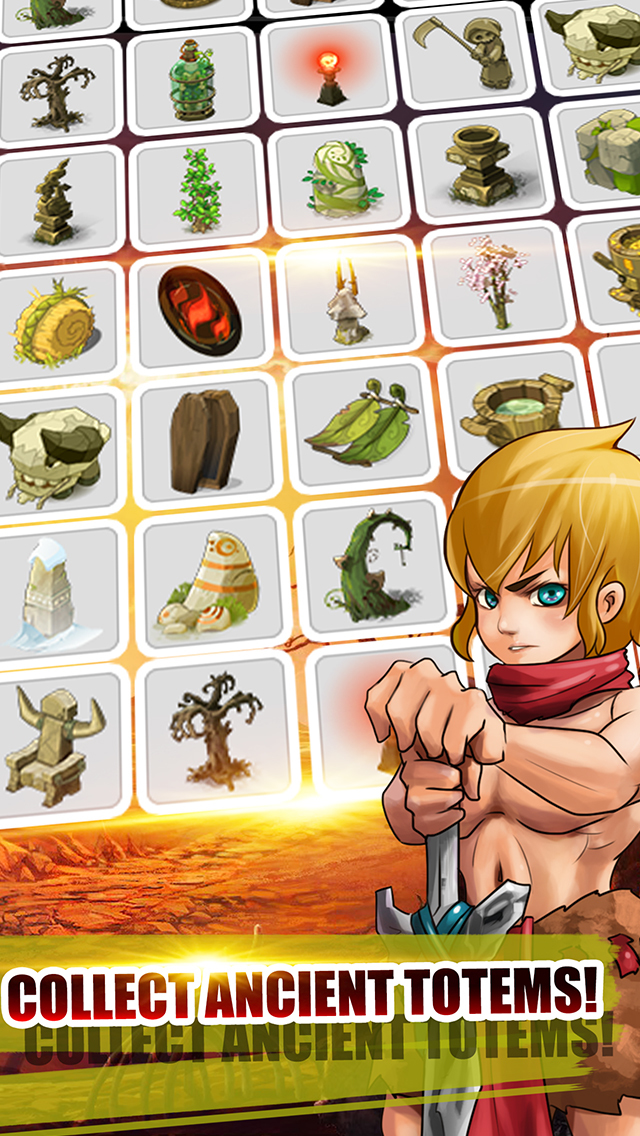 Description
#This is an unusual game, I believe that you haven’t played this kind of game before, but once you start, you may fall in love with it.

==Features==
**The art style of the Stone Age is accepted by each and everyone.
**It’s easy to understand the gameplay, even the infants can get fun from this game .
**Rich contents that have a long growth line, first week is the introductory period, 1 month just is the new begin, 3 months will reach the climax, and then 6 months, 12 months…
**The atmosphere of the game is pretty relaxed. It doesn’t disturb your work or other things, you just need to upgrade heroes occasionally and perform the skills when you challenge the BOSS.
**Always ready! Even you log out the game, your heroes still help you to beat the monsters and collect the food. You can have a good rest because your heroes are on standby. However, you’d better don’t let them wait for you more than 8 hours, or they may go on strike.
**Keep your brain ticking over. If you think this is a stupid game, you are wrong! If necessary, you’d better to consider cultivate which heroes preferentially, how to perform the skills in BOSS map as well. Think deeply is quite important in this game.
**Game world without end. Even the designers can not tell you when the game will end. You can choose upgrade your heroes without limit or Ascend again and again.

==Suggestions==
# If you play this game first time, the following information may help you.
* At the early stage, you’d better to click the monsters and collect the food ASAP so that you can hire more heroes.
*You need to click the monsters until you hire the second hero,that means you unlock the automatic attack function.
*Don’t look down upon the Click Damage, it will cause the great damage as long as the hero level is high enough.
*There is a BOSS in every five Zones, defeat the BOSS within 30 seconds to unlock the next Zone.
*Every heroes can upgrade infinitely and learn the new skills.
*Pass every 10 Zones will get one random hero card after 100 Zones, it will help heroes to increase the permanent damage.
* After 100 Zones, you have chance to get the Mana in every five Zones. Mana will turn into the Gems after Ascendsion. Gems can be used to summon Totem to increase various attributes permanently.

*Note: The game will be RESET after Ascendsion,and you will start a new game with more Gems. Of course, you can choose go on or Ascension according to your needs.
* Every active skill plays an important role, it’s worth mentioning that different perform order will have different result.