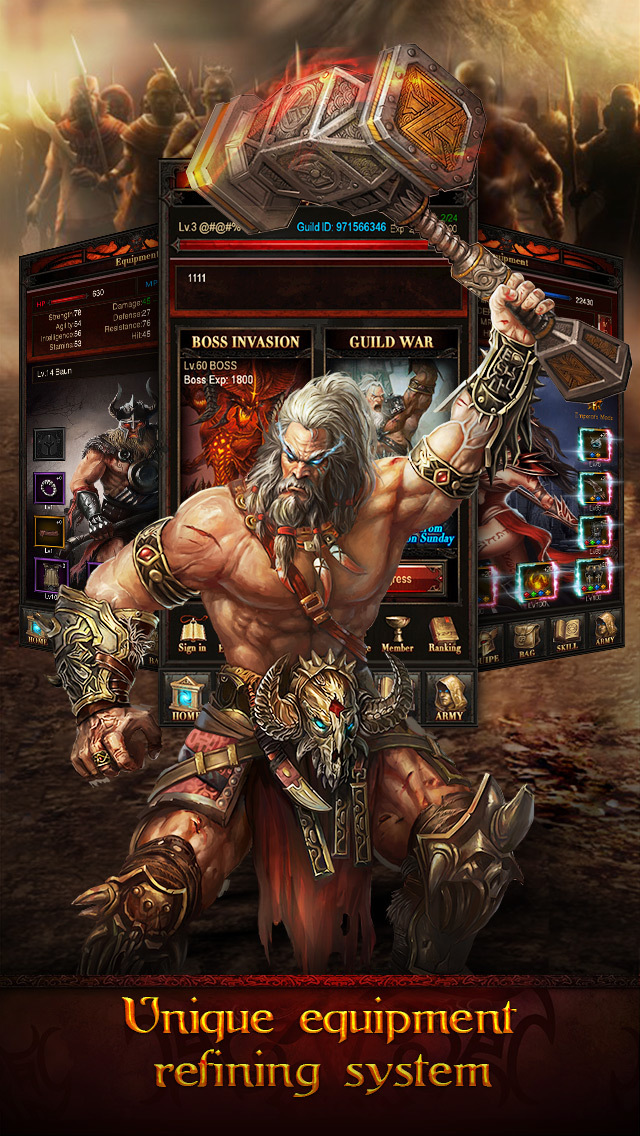 Description
Shadow Abyss is a new auto-battle RPG game which Oasis Games is currently heavily promoting. The game theme is based on Diablo with an original plot and story and differs from traditional ARPG styled games in that it does not require constant player attention during battle sequences.

The biggest feature of this game is that it has completely ridded the tediousness of mindless manual combat so common to others of this genre. Combat has become fully automated, allowing you to gain experience, gold, and equipment while you are offline. Once you begin, the process never stops. Also, strategy, skill usage, and team complement are very important keys to success in Shadow Abyss.

Once players begin the game, it runs on its own and battles enemies automatically providing a much more relaxed gaming experience. Players just have to log in a few times a day to explore the world and collect items and equipment.

※Automatic Combat All Day
The first of its kind type of RPG that does all of the tedious work for you allowing you to gain endless amounts of experience, obtain equipment, and level up all day long.

※Original Character Roles
The game allows players to choose between the occupations of Barbarian, Mage, and Demon Hunter found in Diablo and allows you the choice of male or female characters. You can choose from the strong and durable Barbarian, or the powerful and graceful Mage, or lastly the agile and deadly Demon Hunter. Each profession offers its own selection of skills which players can choose and match on their own. It relies on strategic decisions by players to determine the outcome of combat.

※Unique Set Piece Equipment System and Effects
Players can access set pieces of equipment at certain levels of progression. Players must have 3, 6 or 10 pieces of the set in order to access set effects.

※Dangerous and Exciting Instances
Where do the set pieces come from? They drop from a variety of elite instances. Different instances are accessible on different days with a chance to obtain set pieces from BOSS kills.

※Excitement of PvP Arena
In addition to offline battling of monsters, players can test their characters against those of other players in the Arena. When you defeat players ranked ahead of you, you will obtain their Arena rank along with diamonds. Arena rewards will also be periodically given out to those who have high rankings. The top 20 will be displayed on the ranking board for all to see.

※Guild System
Players can create guilds when they reach level 12. Guild members can participate in BOSS fights together. In addition, it is a great way to socialize and find company in-game. Your guild experience is set to begin!

Say goodbye to the mindless drone of monster killing, kick back and relax! All the excitement with none of the boredom, let’s go!