What’s New
Check the Docks! A pirate captain wants to join the crew, and he brings new ship upgrades and attacks. Get on your new ship and test out your new attacks in naval combat. 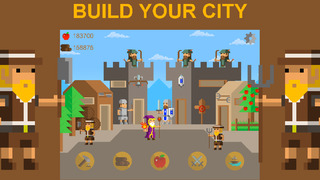 Description
Will you join and fight for our empire? Capital of War is a war game that combines the clicker tapping game concept, with rpg action, while building up your empire. Build your army, train your troops, and take them to action packed battles outside your capital or across the seas. Conquer new lands and become the most powerful empire in the kingdom.

If you enjoy clicker tapping games, with a mix of role playing strategy action, then look no further. Join our empire and fight for the Capital of War!